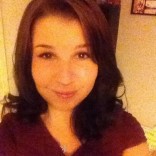 New Exhibit At The Hold, Ipswich

The Hold in Ipswich, (located in the thriving Waterfront), which houses “the bulk of Suffolk’s nationally and internationally significant archives” is hosting a new exhibition. If you have any interest in local history or women’s history, you should definitely check it out.

This particular exhibition allows you to “walk in the footsteps of Suffolk women past and present who have smashed these expectations and led change in their communities, careers and countries throughout history.”

Some New And Familiar Faces

If you attended The Hold’s previous exhibition, Pride in Suffolk’s Past, then this makes an excellent companion piece. Several of the same women who made an appearance in the Pride exhibition, also pop up in this one too. You are in for a day of exploring “the pioneering work of activists, doctors, archaeologists, pilots and much more moving and poignant stories of Suffolk women breaking down barriers.”

As you explore the displays, there will be names you recognise, such as Elizabeth Garrett Anderson. But you also have the chance to discover the names of women with fascinating tales you didn’t know anything about. Without spoiling anything, one of my personal favourites was learning the story of Evaline Burkett and Florence Tunks.

The exhibition is an immersive experience. Music is being played from concealed speakers around the space. The tunes are by female musicians from Suffolk, including Laura Wright and Dina Carroll. Along with the display cases filled with original letters and journals, you will also find Land Army uniforms and the impressive quilt created to commemorate the 100-year anniversary of women getting to vote.

In one of the corners, you’ll also find a dress-up area to get the younger visitors excited about the subject. Hanging on hooks, there is an array of sashes and costume hats to try on. You can then admire yourself in the mirror. Let it sink in that women can grow up to be, and do anything.

A big theme that also runs throughout the entire exhibition is the Suffragist movement. I have to admit that I did not realise before visiting that Suffolk had such an important role within the movement. But this is addressed in the suffragette’s story, “Footsteps” by Martha Loader. She notes the movement as being seen as “a London thing”. Copies of her play are provided within the exhibit in a handy booklet, along with a map. This is so you can follow in the footsteps of the Suffragettes. There is also an accompanying audio trail for this walk if you decide to fully submerge yourself in the experience.

See Also
She Does, She Eats, She Reviews

Time To Check It Out The Hold In Ipswich

The exhibition is live now and running until 19th June. Entry is free, and you can book a time slot here. Though it is also possible just to show up and visit too if you happen to be passing. There are also special events based around the exhibition. These include additional talks at the Lates event (for over 18s only), an Afternoon Tea Walk, Curator Tours and a Women’s Day celebration with guest speakers. Why not dive even deeper into the stories of these strong Suffolk Women? Be sure to check those out here.

Have you already had a chance to explore the exhibit? Or perhaps another one at The Hold In Ipswich? Let us know what you thought and what your favourite parts if it were!